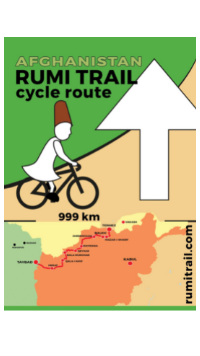 Get your cycling-guidebook
?
Home 9 Cycling Afghanistan

The Rumi Trail cycle route in Aghanistan offers you some 999 km of cycling through Mazar-i Sharif, Balkh, Sheberghan, Maymana, Qeysar, Bala Murghab, Qala-i Naw and Herat cities. Adverture cycling pleasure in a natural environment on the ancient Khorasan Roads. Cycling in Afghanistan in the footsteps of Rumi. From home of Maulana Rumi to the shrine of Rumi.

Mazar-i Sharif has an international airport.

Kabul Airport has better connections to the world than other cities and is therefore also used frequently by Rumi Trail travellers.

Busses and trains connect all cities on the route on a frequent basis, travel time depends on your start point.

You can also fly to Tashkent and take high-speed train connections to Samarkand and take a bus to Termez.

Connection from Tajikistan. Fly to Dushanbe and cycle via Vakash to Termez.

Afghanistan is a country in Central Asia.

The currency in Afghanistan is Afghan afghani. Credit cards and bank cards are rearly accepted. There are a few ATM’s so cash is mostly used.

The official language are Pashtu and Dari,  and English and Uzbek are the languages of international communication.

There are no updates yet. First guidebook will be published around September/October 2022

The Prolog runs down the shores of Amou Darya river, bordering Turkmenistan to the west.

The main route passes through the fields using country roads and field tracks. The Amou Dara river is bordered by woods, providing sun shelter in the summer.

When the Amou Darya curves around two pretty large hills, the trail runs close to the river. In springtime, the track can be flooded. When it does, a short detour is recommended.

We continue along the Amou Darya till Darganata and turn to Gazli cycling through the desert. From Gazli route continues climbing to Bukhara and Samarkand. Till Termez we follow mountain areas before we descend to Termez.

Would you like to change the climate, enjoy the beautiful nature, unique flora and fauna, to sunbathe on the coast of crystal lakes and noisy rivers and to ascend to the highest point on the planet, or ride across the desert?

Now it is possible. Visit Uzbekistan! The unique nature of Uzbekistan opens the entire palette of its colors of natural and pristine beauty to you.

Green tea is the national hot beverage taken throughout the day; teahouses (chaikhanas) are of cultural importance. Black tea is preferred in Tashkent. Both are typically taken without milk or sugar. Tea always accompanies a meal, but it is also a drink of hospitality, automatically offered green or black to every guest. Ayran, a chilled yogurt drink, is popular in the summer.

Uzbek cuisine shares the culinary traditions of Turkic peoples across Central Asia. There is a great deal of grain farming in Uzbekistan, so breads and noodles are of importance, and Uzbek cuisine has been characterized as “noodle-rich”. Mutton is a popular variety of meat due to the abundance of sheep in the country and it is a part of various Uzbek dishes.

Uzbekistan’s signature dish is palov (plov or osh or “pilaf”), a main course typically made with rice, pieces of meat, grated carrots and onions. It is usually cooked in a kazan (or deghi) over an open fire; chickpeas, raisins, barberries, or fruit may be added for variation. Although often prepared at home for family and guests by the head of household or the housewife, palov is made on special occasions by the oshpaz, or the osh master chef, who cooks the national dish over an open flame, sometimes serving up to 1,000 people from a single cauldron on holidays or occasions such as weddings. Oshi nahor, or “morning plov”, is served in the early morning (between 6 and 9 am) to large gatherings of guests, typically as part of an ongoing wedding celebration.

Uzbekistan is home to many cultures. The majority group is the Uzbek, forming seventy-one percent of the population, followed by Russians, Tajiks, Kazakhs, and other minority groups. The population of Uzbekistan is predominantly Muslim, though this was suppressed by the state during the Soviet era. The observance of Islam has gradually increased since 1991.

Music is an important part of Uzbek culture. Shashmaqam is a form of classical music similar to classical Persian music. Folk music lives on in religious and family events such as weddings as well as special events.

The applied art of Uzbekistan has a wide variety when it comes to style, materials and ornamentation. Silk, ceramics and cotton weaving, stone and wood carving, metal engraving, leather stamping, calligraphy and miniature painting are some genres passed down from ancient times. Embroidery, carpet weaving and miniature painting have also been revived in their traditional form as well as some modern variants. Today, Uzbek craftsmen still practice ancient jewellery making techniques for cutting gemstones, grain filigree, granular work, engraving and enamelling.

The first inhabitants of Uzbekistan were said to be the Indo-Iranians, who came to the region in 1000 BC. Their settlements grew into the cities of Bukhara, Samarqand, and the capital of modern Uzbekistan, Tashkent and are some of the oldest continually inhabited cities in the world

By the 5th century BC China and Europe began trading along the Silk Road. Uzbekistan was at the heart of the ancient Silk Road trade route connecting China with the Middle East and Rome. Bukhara and Samarkand are now both UNESCO World Heritage sites due to their history, cultural legacy and architectural heritage.

In the 8th century the Arabs came, bringing with them Islam at a time of the Islamic Golden Age.

Changes came in the thirteenth century when the Mongolian ruler Genghis Khan conquered Central Asia and rid the Indo-Iranians of power. By the fourteenth century, the region began breaking up into tribes and one tribal chief, Timur, became the dominant power and under his rule, artists and scholars once again flourished. After the death of Timur in the fifteenth century, the Uzbek tribe became the predominant ethnic group in modern Uzbekistan.

Modern Uzbekistan was established in the 1900s and with other states in Central Asia, was under the firm hold of the Soviet Union until 1991 when Uzbekistan declared itself an independent and sovereign country. Uzbekistans National Independence Day is celebrated every 1 September.

Capital of the country is Tashkent. Here you find many monuments:

There is a Statue of Amir Temur in Samarkand and a Monument of Nasreddin Hodja in Bukhara.

The cities in Uzbekistan are museums on their own. The Madrassas (schools), Palaces and old Mosques are the most impressive versions of the world. Samarkand, Khiva and Bukhara are popular film locations and with good rights. Uzbekistan ceramic art through many centuries was the most developed craft in this region. Ceramic masters made of clay various necessary potteries: cups, pialas, dishes, jugs. Then the pottery was painted and glazed.
The most outstanding schools of traditional ceramic art were Rishtan (It is renowned for the blue glaze Ishkor), Gijduvan, Khina, Samarkand, Gurumsay, Shakhrisabz, Urgut, Khorezm, Tashkent. Each school was distinguished for own style and features. You find the elements of architectural adornments.

It’s the heart of our civilization, scholars and wisdom. The art is famous all over the world and the position is like on the silk road in the exact middle of Central Asia it’s our monumental treasure to cherish.

When you return, there is a good chance that you will experience homesickness regardless of your ethnicity. It is as if you are in a Sufi world. Uzbekistan pearl of the Silk Roads, but more in an immaterial sense. 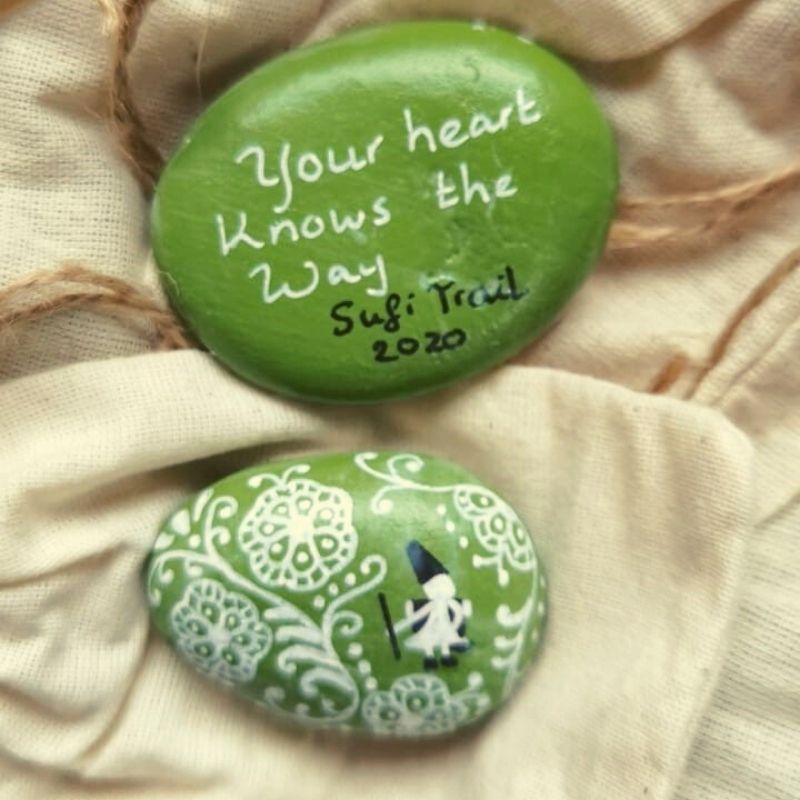 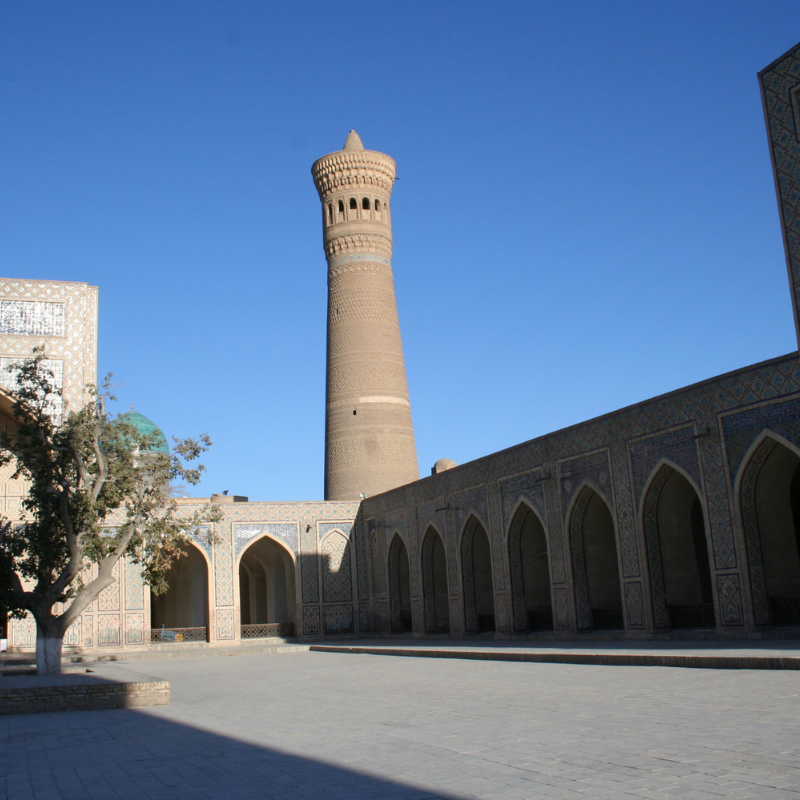 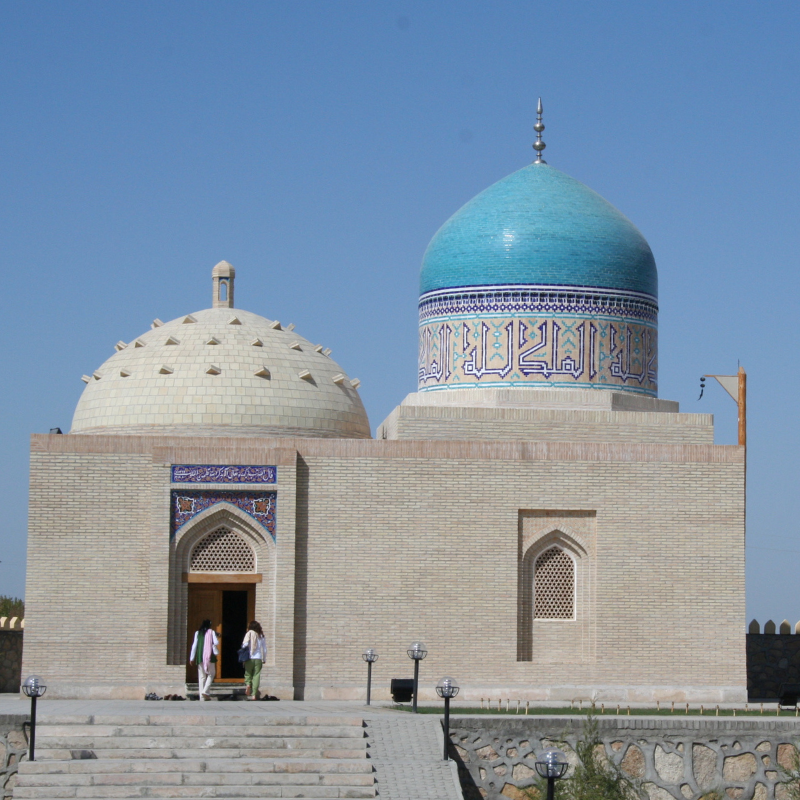 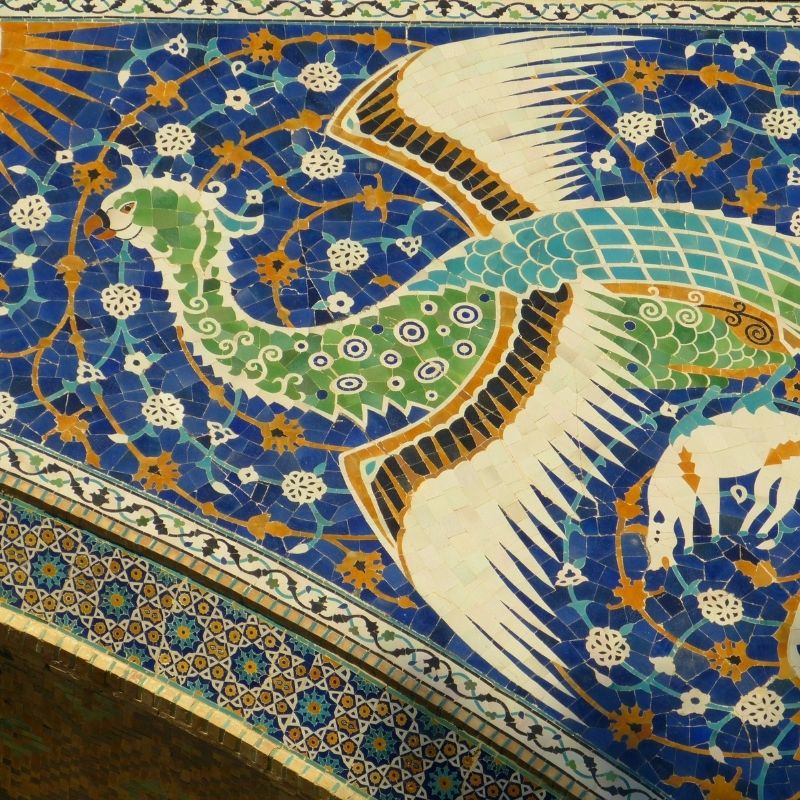 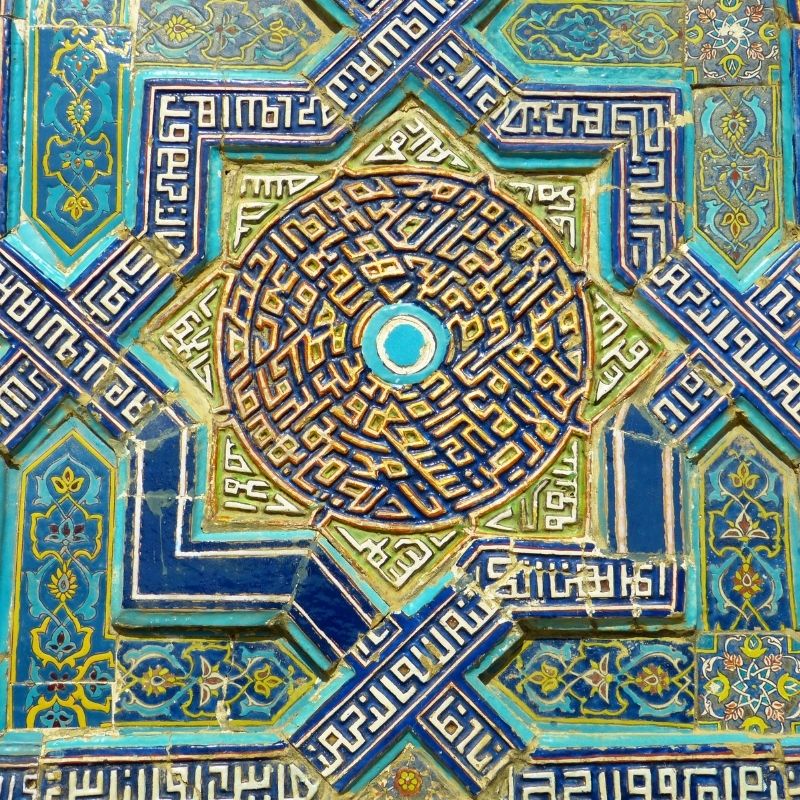 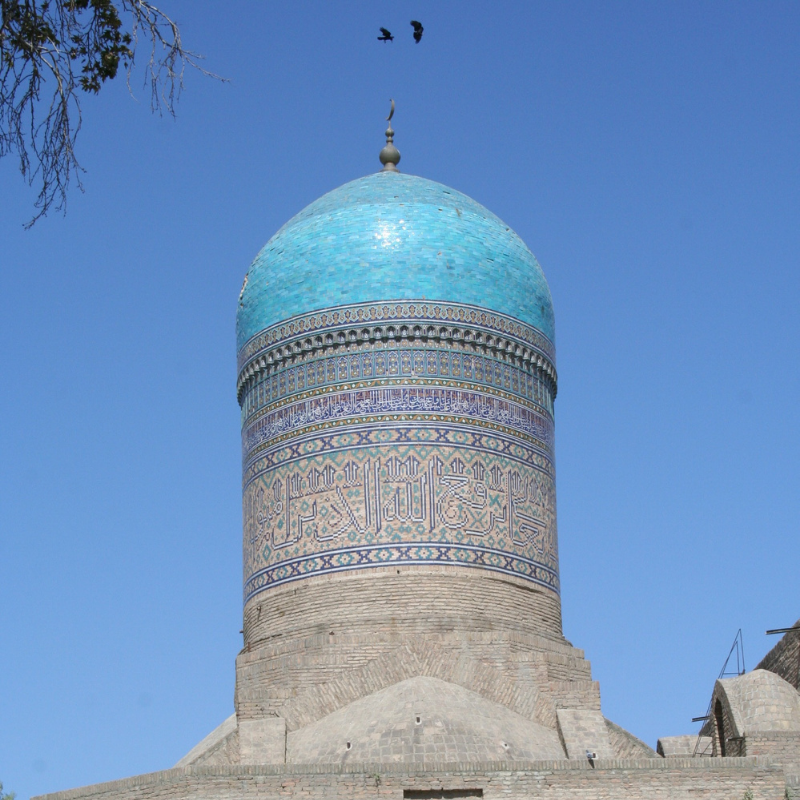 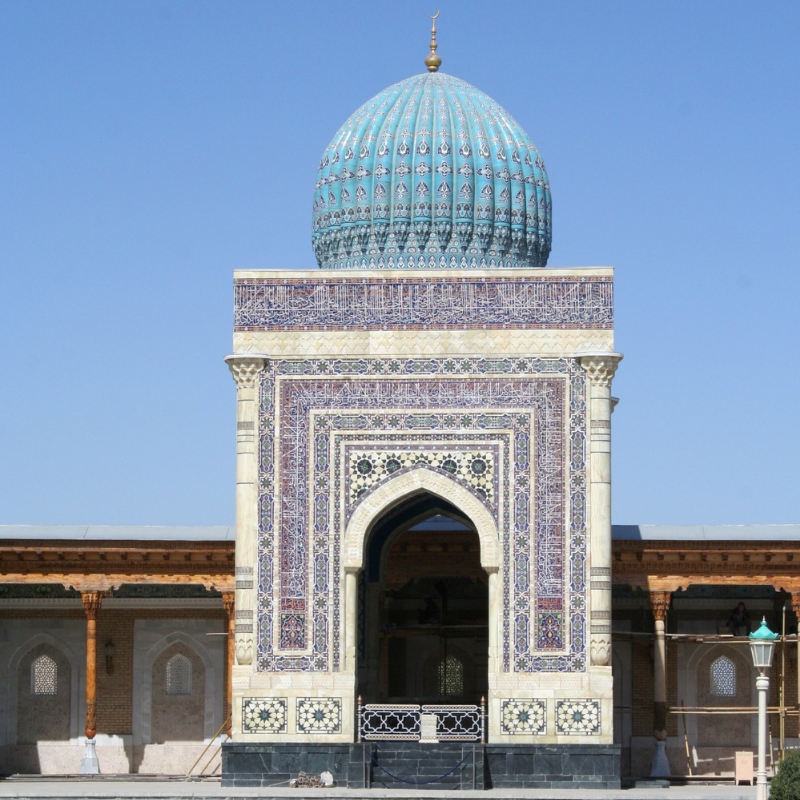 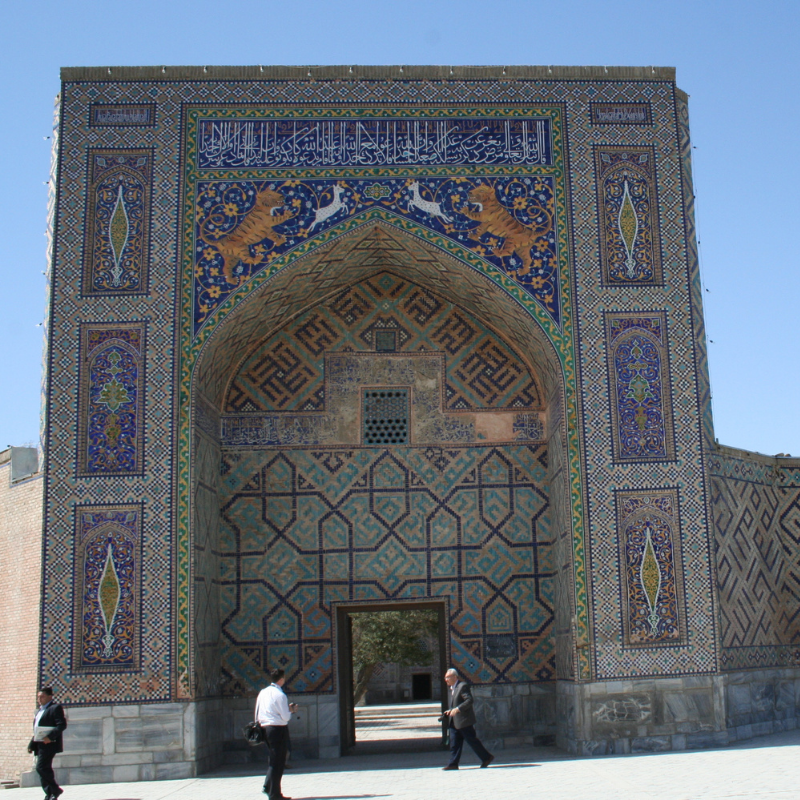 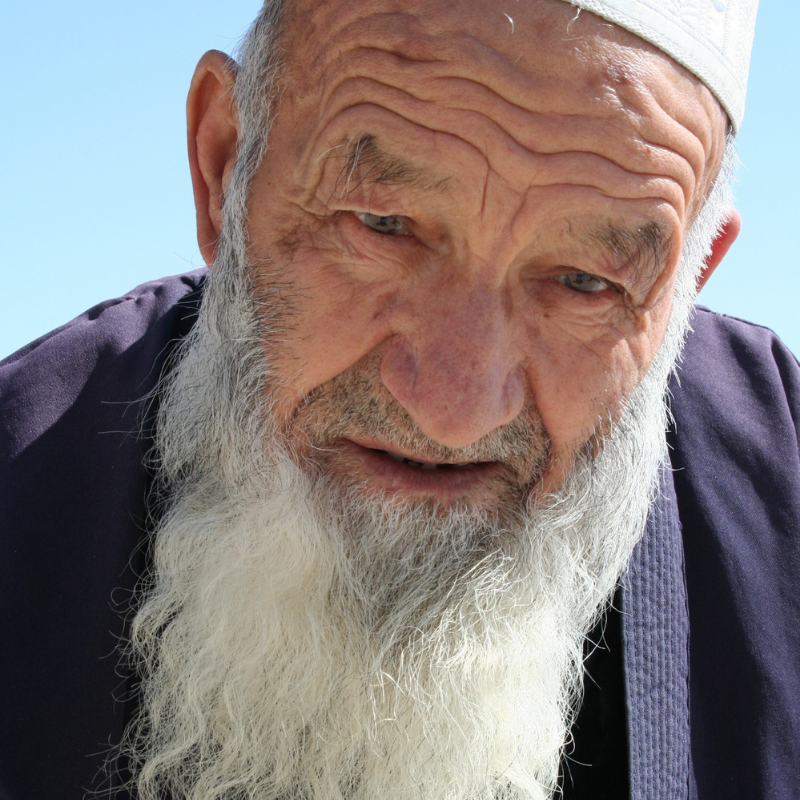